The head of the new administrative capital, Mohamed Abdel-Maksoud Ramadan,confirmed that work progress in national projects is normal at 80% despite the spread of the new Corona virus “Covid-19” and the return of workers is a necessity.

He stated this during the reception of the delegation of the Housing and Urban Facilities Committee in the parliament. 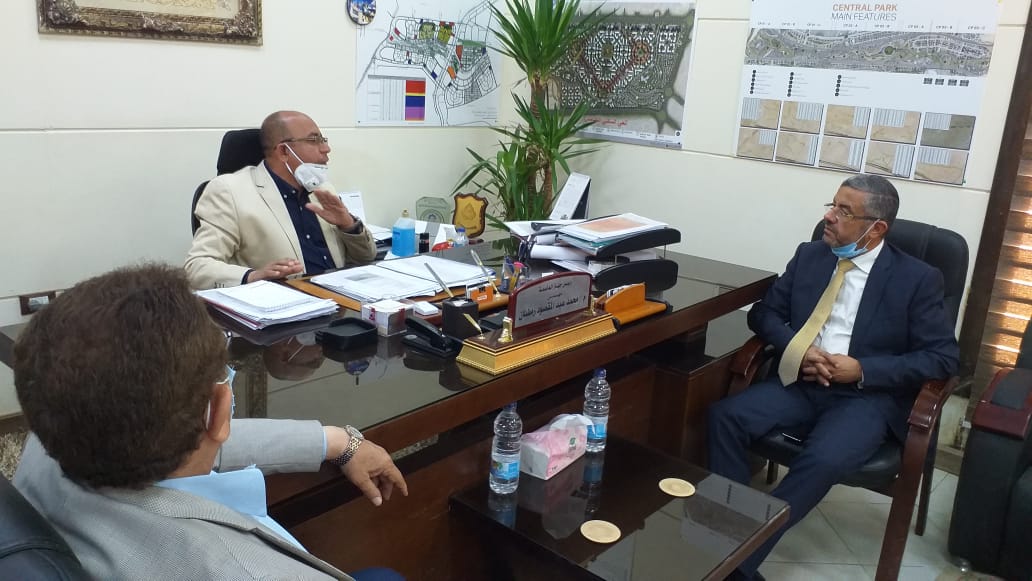 Abdel Maqsoud added, that if there are any symptoms for any worker, he will be presented to the hospital for examination, indicating that there are two health units inside the capital and there are doctors residing at all times.

For his part, the head of the housing committee in the parliament, Imad Saad Hammouda, praised the decision of the President Abdel Fattah Al-Sisi to return to work on national projects, describing the decision as “correct”.

And he pointed out that the stoppage of work on national projects represents a crisis and will lead to a deterioration of the economy.

The return of workers

On April 7th, international newspapers highlighted the decision to resume work on the major national projects and the return of construction workers to their positions in the new administrative capital and the new city of El Alamein, according to The National.

According to the newspaper, the decision to resume work in the construction sector, which employs an estimated 4 million people, came in response to pressure from businessmen in the country, to ease the measures taken to prevent the spread of the Corona virus.

The newspaper pointed to the difficulties that the government faces in striking a balance between protecting the economy and reducing the number of coronavirus-related infections and deaths, among 100 million people to the minimum.

“We need the cycle of economics to function, if the economy stops we will retreat a lot” said the Minister of State for Information Osama Haikal.

Haykal’s assertions were largely consistent with those of the billionaire Nagib Sawiris.

Sawiris demanded that the ban not be extended, and linked it with the bankruptcy of the state.

He recommended that workers return to work immediately, regardless of the sacrifices, and he threatened to commit suicide if the curfew was extended.

The businessman and construction tycoon Hussein Sabour also pointed out that offering victims among people is easier than bankruptcy of the state.

Hussein Sabour demanded that the workers must be returned to their work despite the Corona pandemic, and said: “Return immediately people to the work, people would die, but we will not go bankrupt.”

He explained his opinion saying: “to increase the number of injuries and that there will still be people standing on their feet,even if it is a little smaller, or there will be totally bankrupt people who cannot find food the next day?”

He demanded that to choose between these two options. Pointing out that his demand to return to work is a necessity, saying: “There are people who will get sick and people who will die, but the country will live.”